Dr. Mark Jobe serves as Moody Bible Institute’s 10th president, taking office on Jan. 2, 2019. He and his wife, Dee, have been married 32 years and have three adult children, Marissa, Josiah, and Grant. The Jobes currently reside in the Chicagoland area where they are active members of New Life Community Church, a nondenominational, multisite church where Dr. Jobe has served as senior pastor since 1986. Dr. Jobe and his son Josiah are graduates of Moody Bible Institute. Dee also received training at Moody. 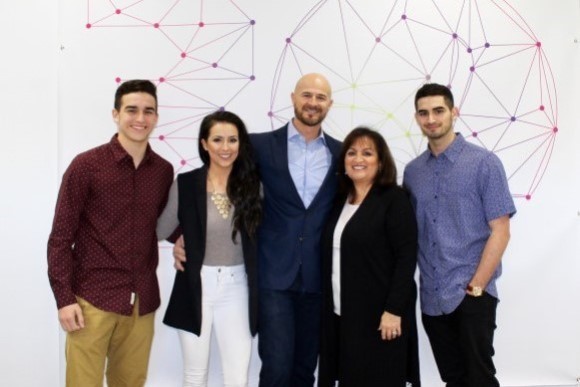 FROM THE MISSION FIELD TO MOODY

The son of missionaries, Dr. Jobe grew up in a small rural village in Spain. He came to Christ at age 15, and shortly thereafter a family friend began to send cassette tapes to Mark’s father in Spain of recorded preachers at Moody Bible Institute’s Founder’s Week. “The messages were so powerful, so biblically-based, so compelling,” Dr. Jobe recalls. “I had never heard of Moody, but I told my parents, ‘I want to go learn the Bible at that place.’”

A HEART FOR THE UNCHURCHED

After graduating in 1984, he completed his degree from Columbia International University. In 1986, at the age of 21, he found himself pastoring a small congregation in Chicago, living and serving in a community that faced a shifting demographic and economic decline. Later that same year, he would marry his wife, Dee Marquez. She served alongside him from the beginning. “People were running out of that neighborhood,” Dr. Jobe says. “We had a little church building with 18 people attending. Gang members sat on our steps selling drugs. I felt way over my head.” 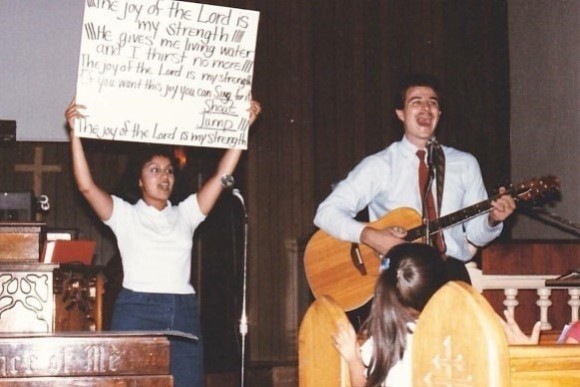 When Moody approached him about the possibility of leadership at Moody Bible Institute, Dr. Jobe wasn’t looking for a change. He was in a compelling church with great vision and people coming to Christ. Yet his love for Moody gave him pause. He was a frequent visitor to Moody’s campus, often seen praying with and mentoring Moody students. He is the author of Unstuck: Out of Your Cave and Into Your Call (Moody Publishers) and the host of Bold Steps, a weekday program heard across Moody Radio’s nation-wide network of stations. 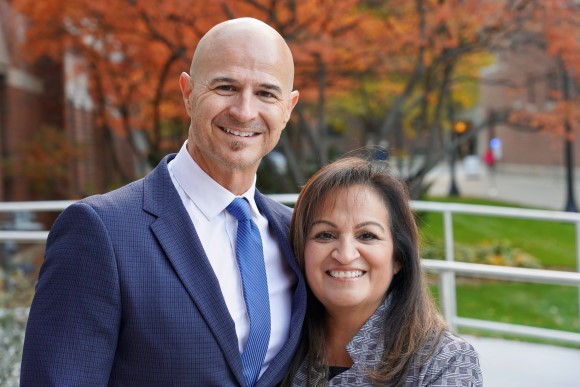 REACHING PEOPLE WITH THE GOSPEL 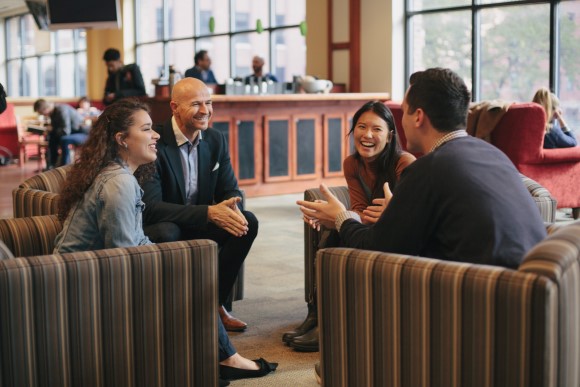 He holds a diploma in Communications from Moody Bible Institute in Chicago (1984), a Bachelor of Arts Degree in Biblical Studies from Columbia International University, a Master of Arts in Ministry from Moody Theological Seminary in Chicago (1998), and a doctorate in Transformational Leadership for the Global City from Bakke Graduate University.