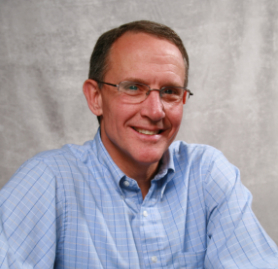 Tim Arens has been named Vice President and Dean of Student Life at Moody Bible Institute.

Moody Bible Institute announced today that Dr. Timothy Arens has been promoted to vice president and dean of student life. Dr. Arens, who has served as dean of students in Chicago since 1987, will begin his new position on July 1, 2015.

“He is a mature, spiritual leader who has been a guide and advisor to many Moody students over the years,” said Dr. Junias Venugopal, Moody’s provost and dean of education. “Some of the students he has served now lead significant ministries as well as serve in leadership capacities and as faculty at Moody. I am incredibly grateful he has agreed to serve God at Moody in this new role.”

Following the recent integration of undergraduate, seminary and distance learning faculty into one body under a set of unified guidelines and educational outcomes, Moody’s student life services will be under one set of guidelines and outcomes as well. “With the kind of experience, wisdom, and understanding Dr. Arens has in the area of student life, we have the best of the best in Christian higher education leading us in this effort moving forward,” stressed Dr. Venugopal.

“I have had the privilege to work with the students at Moody for more than thirty years,” said Dr. Arens, who first came to Moody in 1984 as the director of residence life. “The thing that has motivated me most is believing the work that we do makes a significant impact in helping students mature in Christ so that they can be effective ministers of the gospel.”

In addition to his role at Moody, Dr. Arens has been an active member of the Association for Christians in Student Development (ACSD) for more than 30 years, and served on their executive committee as editor and president. He also has served as a consultant/evaluator for the Association for Biblical Higher Education (ABHE) for the past 25 years.

Dr. Arens received a B.S. from Grace College, an M.A. from Ball State University and an Ed.D. from Azusa Pacific University. He and his wife, Lynn, have been married for 35 years and live in LaGrange, Ill. They have three grown daughters and four grandchildren.