Dryer Hall to close at end of spring semester 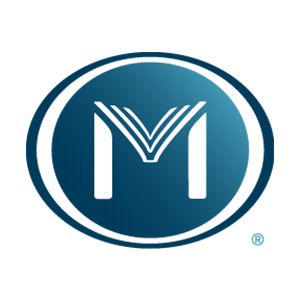 Dryer Hall, named for the Chicago Bible teacher Emma Dryer, will close at the end of the spring semester after 41 years as an undergraduate student dorm. Wishing to preserve the legacy of the building’s famous honoree, Moody Bible Institute has announced several other campus locations for Emma Dryer tributes, including a new display in the D. L. Moody Museum, renaming Alumni Auditorium to Dryer Auditorium, and a new mural painted by Moody student Isaac McLaughlin. 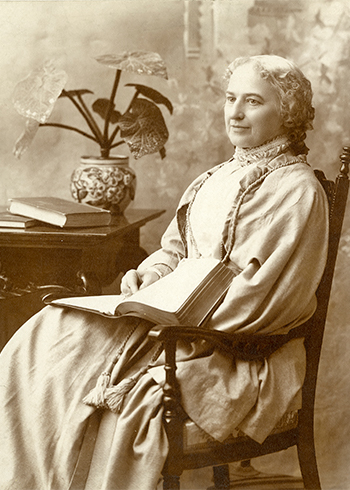 Dr. Mark Jobe, president of Moody Bible Institute, called the closing of Dryer Hall “an incredible opportunity to expand on our celebration of God’s servant, Emma Dryer. There would be no Moody Bible Institute if it were not for Miss Dryer being faithful to her calling and encouraging D.L. Moody to establish a school in the heart of Chicago.”

He added, “Emma Dryer was not the upfront speaker or a platform personality, but she was a powerful woman of faith who was led by deep conviction and influenced countless people. May we all strive to be faithful in our own calling and serve with conviction to the glory of King Jesus!”

A new Emma Dryer exhibition will open in the D. L. Moody Museum this fall, including photos, interpretive history, the original Dryer Hall dedication plaque, and a new display featuring the commissioning Bible that D. L. Moody gave Dryer in 1873. Also this fall, new stonework will be installed at the auditorium entrance on Chicago Avenue, changing the name to Dryer Auditorium. Built in 1950, the 300-seat auditorium is used for classes, concerts and conference events.

After the spring semester, Moody student Isaac McLaughlin will begin work on an Emma Dryer mural, part of a growing collection of student-created public art on the Moody campus.

Soon after the 1871 Chicago Fire, Emma Dryer had started a Bible Work program devoted to prayer meetings, women’s Bible study, and personal evangelism. D. L. Moody asked for her help in establishing a Bible training school on Chicago’s north side, calling her “the best teacher of the Word of God in the United States.” Known for her devout prayer, she became the greatest influence on D. L. Moody’s ideas for a Bible institute. After working with Moody for 19 years, she continued as a Bible teacher and mentor to women ministry leaders. When Moody Bible Institute purchased the building in June 1977, it was known as Brittany Terrace Nursing Home, a venture that had fallen into bankruptcy. Moody converted the former patient rooms to dorm rooms, then Moody trustees named the building Dryer Hall in October 1977. For six years the building was home to women undergraduate students, then transitioned to male students in 1983. Starting in the mid-1980s, the top floor of Dryer Hall also housed Moody Radio’s Broadcast Services, a tape distribution facility that later closed in the transition to online distribution and streaming audio. 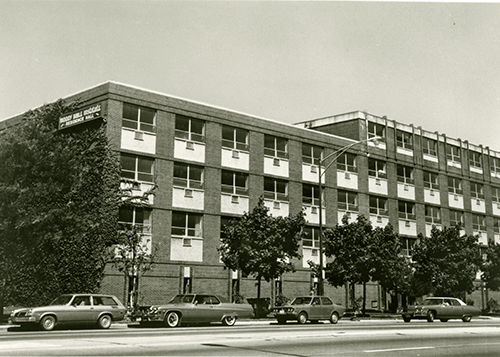