Cherished friend of Moody Bible Institute dies on May 2, 2019 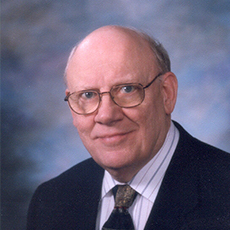 Dr. Warren Wiersbe once described Heaven as “not only a destination, but also a motivation. When you and I are truly motivated by the promise of eternity with God in heaven, it makes a difference in our lives.”

For Wiersbe, the promise of eternity became the motivation for his long ministry as a pastor, author, and radio speaker. Beloved for his biblical insight and practical teaching, he was called “one of the greatest Bible expositors of our generation” by the late Billy Graham.

Wiersbe grew up in East Chicago, Indiana, a town known for its steel mills and hard-working blue-collar families. In his autobiography, he connected some of his earliest childhood memories to Moody Bible Institute; his home church pastor was a 1937 graduate, Dr. William H. Taylor. After volunteering to usher at a 1945 Youth for Christ rally, Wiersbe found himself listening with rapt attention to Billy Graham’s sermon, and responded with a personal prayer of dedication.

In a precocious turn of events, the young Wiersbe was already a published author, having written a book of card tricks for the L. L. Ireland Magic Co. of Chicago. He quickly learned to liven up Sunday school lessons with magic tricks as object lessons (“not the cards!” he would say). After his high school graduation in 1947 (he was valedictorian), he spent a year at Indiana University before transferring to Northern Baptist Seminary in Chicago, where he earned a bachelor of theology degree. His future wife, Betty, worked in the school library, and Wiersbe was a frequent visitor.

While in seminary he became pastor of Central Baptist Church in East Chicago, serving until 1957. During those years he became a popular YFC speaker, which led to a full-time position with Youth for Christ International in Wheaton. He published his first article for Moody Monthly magazine in 1956, about Bible study methods, and seemed to outline his ongoing writing philosophy. “This is more of a personal testimony,” he said, “because I want to share these blessings with you, rather than write some scholarly essay, which I am sure I could not do anyway.”

At a 1957 YFC convention in Winona Lake, Indiana, Wiersbe preached a sermon that was broadcast live over WMBI, his first connection to Moody Radio. “I wish every preacher could have at least six months’ experience as a radio preacher,” he said later (because they would preach shorter). 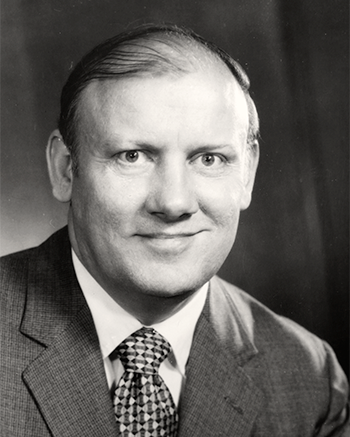 While working with Youth for Christ, Wiersbe got a call from Pete Gunther at Moody Publishers, asking about possible book projects. First came Byways of Blessing (1961), an adult devotional; then two more books in 1962, A Guidebook for Teens and Teens Triumphant. He would eventually publish 14 titles with Moody, including William Culbertson: A Man of God (1974), Live Like a King (1976), The Annotated Pilgrim’s Progress (1980), and Ministering to the Mourning (2006), written with his son, David Wiersbe.

In 1961, D. B. Eastep invited Wiersbe to join the staff of Calvary Baptist Church in Covington, Kentucky. forming a succession plan that was hastened by Eastep’s sudden death in 1962. Warren and Betty Wiersbe remained at the church for 10 years, until they were surprised by a phone call from The Moody Church. The pastor, Dr. George Sweeting, had just resigned to become president of Moody Bible Institute. Would Wiersbe fill the pulpit, and pray about becoming a candidate?

He was already well known to the Chicago church—and to the MBI community. He continued to write for Moody Monthly and had just started a new column, “Insights for the Pastor.” The monthly feature continued to run during the years Wiersbe served at The Moody Church. Wiersbe would become one of the magazine’s most prolific writers—200 articles during a 40-year span. Meanwhile he also started work on the BE series of exegetical commentaries, books that soon found a place on the shelf of every evangelical pastor.

Dr. Warren Wiersbe on the steps of The Moody Church in 1975.

His ministry to pastors continued as he spoke at Moody Founder’s Week, Pastors’ Conference, and numerous campus events. He also inherited George Sweeting’s role as host of the popular Songs in the Night radio broadcast, produced by Moody Radio’s Bob Neff and distributed on Moody’s growing network of radio stations.

Later in life he would move to Lincoln, Nebraska, where he served as host of the Back to the Bible radio broadcast. He also taught courses on preaching at Trinity Evangelical Divinity School and Grand Rapids Baptist Seminary. He kept writing, eventually publishing more than 150 books and losing track of how many (“I can’t remember them all, and I didn’t save copies of everything,” he said.)

Throughout his ministry, Warren Wiersbe described himself as a bridge builder, a reference to his homiletical method of moving “from the world of the Bible to the world of today so that we could get to the other side of glory in Jesus.” As explained by his grandson, Dan Jacobson, “His preferred tools were words, his blueprints were the Scriptures, and his workspace was a self-assembled library.” 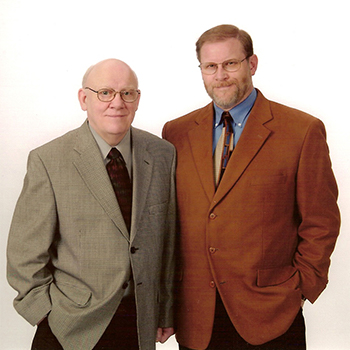 During his long ministry and writing career, Warren Wiersbe covered pretty much every topic, including the inevitability of death. These words from Ministering to the Mourning offer a fitting tribute to his own ministry:

We who are in Christ know that if He returns before our time comes to die, we shall be privileged to follow Him home. God’s people are always encouraged by that blessed hope. Yet we must still live each day soberly, realizing that we are mortal and that death may come to us at any time. We pray, “Teach us to number our days aright, that we may gain a heart of wisdom” (Psalm 90:12).