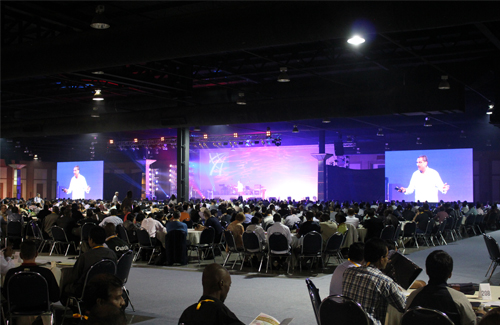 Moody collaborates with theological educators around the globe to address the need for biblically trained pastors for a growing worldwide church.

According to RREACH (Ramesh Richard Evangelism and Church Health), the church is growing worldwide at an estimated rate of 50,000 people a day—creating a need for 1,000 new biblically and theologically trained pastors a day. In addition, an estimated two million plus pastors, particularly in Asia, Africa and Latin America, are undertrained and isolated.

A team of leaders from Moody Bible Institute recently joined approximately 3,000 theological educators at the Global Proclamation Congress for Pastoral Trainers in Bangkok, Thailand. Hosted by RREACH, the congress examined the current state of theological education and encouraged educators to train more pastors for the growing global church.

“We were encouraged by the opportunities to dialogue with many theological educators and are amazed by how God has opened doors to expand Moody’s impact across the globe,” said Moody’s president, Dr. Paul Nyquist, who addressed the congress. Joining him were Dr. Jonathan Armstrong, associate professor of Bible and theology at Moody Bible Institute in Spokane; Dr. Jack Lewis, campus dean in Spokane; and Dr. Tim Sisk, professor of intercultural studies in Chicago.

To address the tremendous need for pastoral training, Armstrong held a round-table discussion for 15 seminary presidents and the team from Moody. They discussed ways to extend the reach of traditional seminaries, creating access for the majority world to western seminary classrooms. Urged to hold another meeting, “we witnessed something extraordinary,” Armstrong said. The second meeting, facilitated by Lewis, drew almost 200 presidents and senior administrators of evangelical seminaries, including the conference host, Ramesh Richard.

The leaders, who came from India, Peru, Malaysia, Burkina Faso and many other countries, identified their most pressing needs, including the need to create internationally recognized accreditation standards for the estimated 7,000 seminaries in existence today. These schools range from established seminaries and small church-based training institutes to itinerant evening schools in hostile regions. Many lack channels of communication with larger schools. Only 1,200 are part of the ICETE, a global network of accredited evangelical theological schools.

The discussion also revealed varying educational models and differing opinions about theological education for pastors. “With such a variety of training initiatives in so many different languages with so many different Christian traditions represented, there’s just an overwhelming chaos in the conversation because we haven’t established full communication with most of these communities,” Armstrong stressed.

To foster a unified vision for moving forward, Armstrong is setting up a series of quarterly teleconference dialogues, beginning with 10 U.S. seminary administrators in October 2016. Dr. Darrell Bock, research professor at Dallas Theological Seminary, will chair the first dialogue. He will pursue the question of what established seminaries can do to open formal partnerships with smaller ministry institutes, and a possible pathway for that type of engagement. 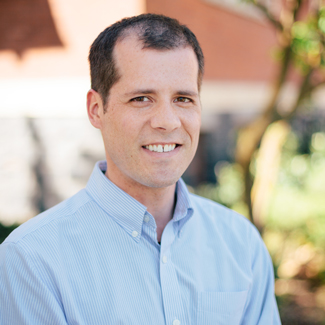 The next two dialogues will be chaired by Malcolm Webber, executive director of LeaderSource SGA, who will examine what informal training initiatives can be offered by the seminaries. Armstrong will summarize the dialogues and he is confident that Moody and other seminaries will partner together for an effective action plan, which is expected to be rolled out during the next Global Proclamation Congress, tentatively scheduled for 2020.

“I’m very excited and looking forward to the future,” Armstrong said. “If we can send our gifted and well-connected graduates to serve lifelong as pastoral trainers overseas, it would be a very significant way that Moody can participate in this crucial, collaborative effort.”