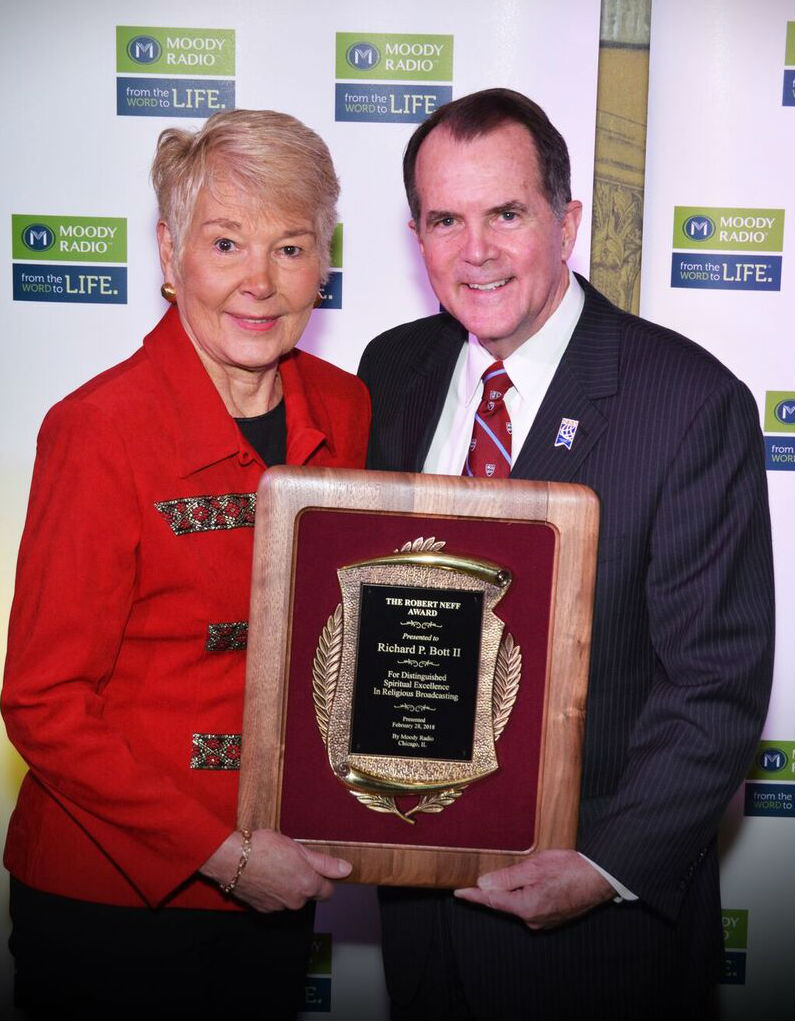 Rich Bott, president and CEO of Bott Radio Network, is the recipient of the 2018 Robert Neff Award given by Moody Radio and sponsored by the Christian Law Association.

“I am grateful and humbled to receive this award named for a hero and true champion of Christian radio broadcasting,” Bott said. Moody Radio presented the award to Bott during the National Religious Broadcasters’ Proclaim 18 convention in Nashville, on Feb. 28.

He has served with Bott Radio Network for 56 years. He grew up with Christian radio—his father, Richard Bott Sr., founded BRN in 1962. After graduating from Harvard Business School with an MBA in 1981, he oversaw BRN’s growth from three stations to 120. The network broadcasts in 15 states and runs around the clock, delivering Christian news, encouragement, and biblical instruction. Beyond BRN, Bott serves on the board of directors and executive committee for National Religious Broadcasters. 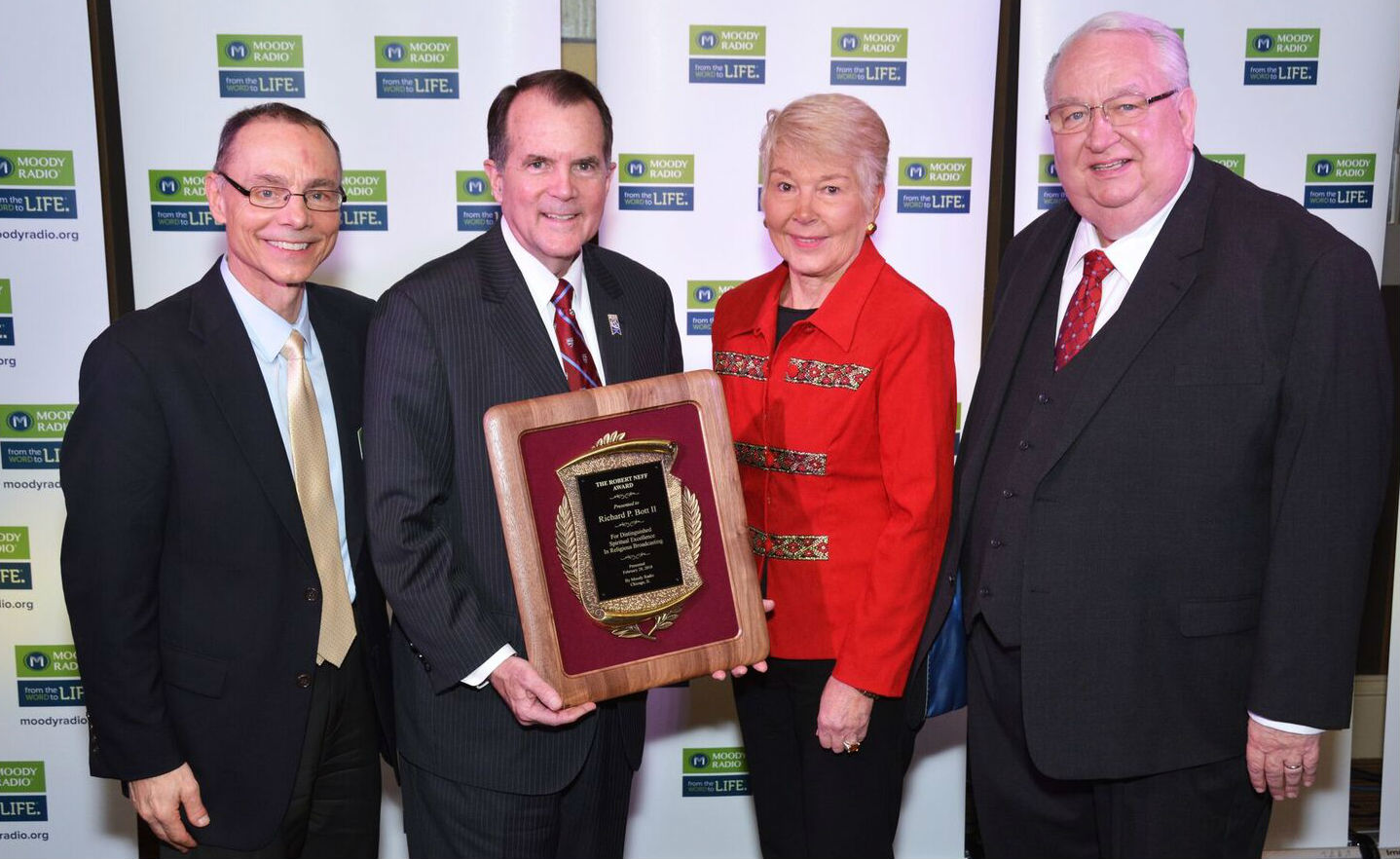 “Moody Radio is excited about the opportunity to present this award to Rich,” said Collin Lambert, vice president of Moody Radio. “He has been a leader in this industry for many years, but more importantly has dedicated his life and his ministry to reaching people with the gospel of Jesus Christ and helping people grow in their faith.”

The award is given in honor of Robert Neff, former vice president of Moody Radio. He died in 2006 at age 64, after a three-year battle with amyotrophic lateral sclerosis (ALS) also called Lou Gehrig’s disease. Recipients of the Robert Neff Award exhibit outstanding excellence in religious broadcasting. As the thirteenth recipient, Bott continues that legacy.

“Bob inspired me as he harnessed the power of new space-age satellite technology to advance the gospel through radio,” Bott said in memory of Robert Neff. “Bob always championed the highest standards of broadcast quality, technical excellence, and biblical fidelity. As a friend, I appreciated Bob’s personal character and tenacity. Through his example Bob taught us how to live and die faithfully unto the Lord for the advancement of His Kingdom.”

“Congratulations to my friends at Moody Radio for faithfully continuing Bob Neff’s vision of excellence, innovation, and biblical fidelity in Christian broadcasting,” Bott said when offered the award. “This award humbles me and inspires me to keep on keeping on, in the Bob Neff way.”