Moody Radio announced today that Colin Smith, senior pastor of The Orchard Evangelical Free Church in Arlington Heights, Ill., and host of Unlocking the Bible, is the recipient of the 2019 Robert Neff Award. 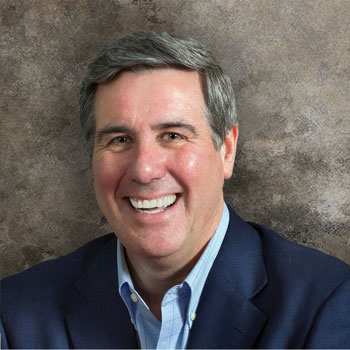 “Smith has been a dear friend and cherished partner in the gospel with Moody Radio for 12 years, as well as Moody Bible Institute and Moody Publishers,” said Doug Hastings, vice president of Moody Radio. “Each year we recognize a ministry partner who exhibits noteworthy leadership with integrity and the attitude of a servant’s heart, and is grounded in his/her commitment to the Lord and dependent on the Word of God for daily strength. This defines pastor Smith and we thank the Lord for his years of faithfulness and look forward with great excitement to the days to come.” 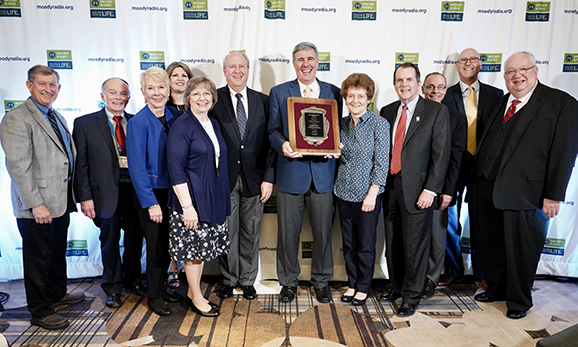 The award was presented to Smith by Hastings during the National Religious Broadcasters’ annual Proclaim convention in Anaheim, Calif., on Wednesday, March 27. The award, which is sponsored by the Christian Law Association, is given in honor of Robert Neff, former vice president of Moody Radio. Neff died in 2006, at age 64, after a three-year battle with amyotrophic lateral sclerosis (ALS) also called Lou Gehrig’s disease.

“Growing up in Edinburgh, Scotland, I had a sense of awe in regard to 'Moody' and all that its ministries represent,” said pastor Smith. “Coming to Chicago, I was deeply moved by the life, testimony and legacy of Bob Neff. I count the partnership that Unlocking the Bible enjoys with Moody Radio as a great privilege and a sacred trust to be stewarded for the glory of God and the advance of the Gospel."

The Orchard Evangelical Free Church where Pastor Smith serves is a thriving, multi-campus church in the Chicagoland area. His teaching extends through Unlocking the Bible, a ministry that proclaims Christ through media, mobilizes believers in evangelism, and equips next-generation leaders for the church. It is heard daily on more than 250 stations, including Moody Radio. He has also authored more than a dozen books, including 10 Keys to Unlocking the Bible and Momentum from Moody Publishers.

This is the 14th and final Robert Neff Award given out by Moody Radio. The idea for the award was first presented to Robert and Miriam Neff back in 2006, toward the end of his battle with ALS. 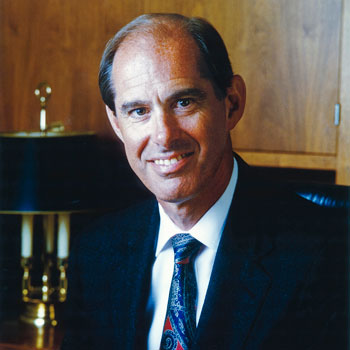 “Friend David Gibbs Jr., from the Christian Law Association sat in our living room, while Bob in his wheel chair listened to him suggest starting this award in Bob’s name,” recalls Robert’s wife, Miriam. “I sat quietly by knowing Bob’s answer would be, ‘No,’ which you don’t tell brother Gibbs. Gently, lawyerly, convincingly, he turned that to a reluctant, ‘Yes.’ Brother Gibb’s final argument was, ‘It will be to encourage those coming after you.’”

Moody Radio leadership along with David Gibbs Jr., of the Christian Law Association who have sponsored the award since its inception composed the criteria for the award. Bob was able to help select the first recipient, Bruce Munsterman, a young broadcaster whom he had mentored.

Since 2006, the following persons in Christian broadcasting have been recognized:

“Bob impacted Christian broadcasting in a profound way,” Miriam added. “He innovatively recognized that satellite could be God’s tool. Persistently pressing the FCC for rule changes, he was the pioneer God used to spearhead Christian broadcasting’s leap to unreached places, both in the United States and around the globe.” She concluded, “Ever a soft spoken, servant hearted leader, Bob accepted no credit, gained no awards, and deferred to his team for that success.”

With the conclusion of the Robert Neff Award, Moody Radio is developing other plans to continue to honor and celebrate his legacy in Christian broadcasting.