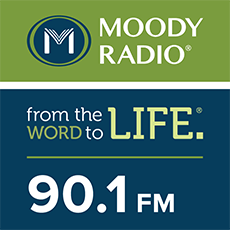 National Religious Broadcasters (NRB) announced today that Moody Radio Chicago WMBI 90.1 FM has been named their Station of the Year. 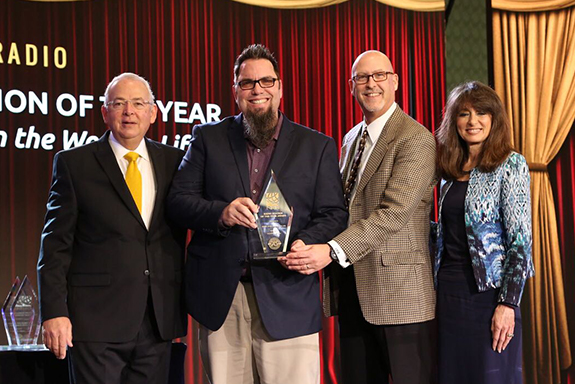 “As the flagship station of Moody Radio, WMBI 90.1 FM leads the way for us as a radio network,” said Doug Hastings, vice president of Moody Radio. “The team has rededicated themselves this past year to sharing the message of salvation in Christ, and helping listeners grow in their walk with Him. We are humbled, yet thankful for the way God continues to use Moody Radio Chicago and our network of stations around the country to make an impact for the Kingdom of Christ.”

NRB is an international association of more than 1,100 Christian broadcast organizations. They give out the Radio Station of the Year award to a station that is “innovative, locally focused, and that effectively impacts its market through community service, promotions, outreach, ratings, and/or other means.” The award was presented to Moody Radio Chicago station manager, Matt McNeilly, during the NRB’s annual Proclaim convention in Anaheim, Calif., on Friday, March 29.

“WMBI 90.1 FM has been broadcasting the truth of God’s Word for 93 years and we’re just as dedicated today as we were in 1926 to help our listeners take the next step in their journey with Jesus Christ,” said McNeilly. “I’m proud of the amazing team that God is allowing me to lead and for their dedication to the gospel of Jesus Christ. God has been faithful to WMBI this past year and has been using it in incredible ways.”

Throughout the last year, Moody Radio Chicago’s morning show, Karl and Crew, has heard from more than 4,000 people who have dedicated or re-dedicated their lives to Christ because of hearing the gospel and biblical teaching on the program. Other Moody Radio programs such as Money Wise Live, Open Line, In the Market with Janet Parshall, and Equipped with Chris Brooks are also reaching listeners with sound, biblical teaching and helping equip them to reach the world.

“Matt and his team are professionals, but above all, they are passionate about reaching the city of Chicago for Christ and beyond, too,” Hastings added. Within the last year, Moody Radio Chicago and its listeners partnered with Bible League International to provide thousands of Bibles to those who do not have God’s Word in their language. The station has also sent training material to hundreds of pastors in Ghana, West Africa, through a project called, “Moody School of the Bible.”

“It’s fitting that in NRB’s 75th anniversary year that WMBI would win our Radio Station of the Year award,” said Troy Miller, executive vice president and COO of NRB, who stressed the emphasis is not on market, numbers, or the size of the budgets; rather, how God has used the station over the last 12 months to make a difference for Christ. “It’s impossible to tell the history of NRB without the key role of WMBI as a flagship of Christian radio. Today, WMBI remains a model for broadcasting excellence — a vital ministry that is richly deserving of this recognition.”