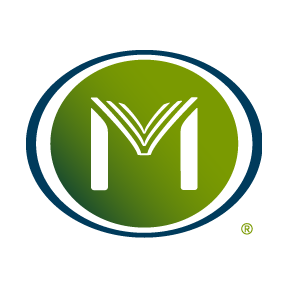 What does it look like when God’s people take bold steps in the name of Christ?

To Jim Strietelmeier, it was starting a free medical clinic in the toughest part of Indianapolis. And for the late B. H. and Phyllis Yerbey, it meant donating land and building materials for a Moody Radio station that has served as a beacon of truth to Chattanooga, Tennessee, for more than three decades.

Strietelmeier and the Yerberys are just two of the five recipients of Moody’s Bold Steps Award, recently instituted to celebrate the life-transforming work and ministry accomplished by a few of God’s faithful servants.

The Bold Steps Award acknowledges individuals, ministries, and organizations that are effectively spreading the gospel and creating real change in Moody’s key radio markets, including Cleveland, Indianapolis, Chattanooga, and South Florida. These vital markets contain large listening audiences that are each served and supported by a Moody Radio station.

The idea for the award sprang from the Bold Steps Radio Tour, which has given Moody’s president, Dr. Mark Jobe, and host of Moody Radio’s Bold Steps program, the opportunity to build relationships with listeners and partners in these markets.

For award candidates, Moody Radio station leaders surveyed their areas and recommended an individual, ministry or organization that proclaims Christ and motivates others; promotes the collaboration of Christian organizations to further the gospel; and drives effective innovation and excellence in public ministry.

Dr. Jobe recently presented the awards during four stops on the Bold Steps Radio Tour. “This has been a wonderful opportunity not just to tell Moody’s story,” said Dr. Jobe, “but more importantly to share what God is doing in these neighborhoods through these committed followers of Christ. They are taking bold steps to reach others for King Jesus and we want to celebrate that and encourage others to follow their example.”

The Yerbeys, who are now with the Lord, donated two plots of land in the mid 80s for Moody’s radio station 88.9 FM WMBW in Chattanooga, Tennessee. Mr. Yerbey also aided in the station’s construction, donating and discounting much of the work. The Yerbeys were highly involved in the station’s activities, often visiting staff and helping during Moody Radio’s Share fundraiser and other events. They were given the Bold Steps Award posthumously; their daughter accepted it on their behalf. Former Moody undergrad and seminary student, Dexter Harris is the beloved head pastor of Bethel Church in Gary, Indiana. A dynamic speaker, he also runs an effective sports youth ministry, where he evangelizes and disciples between 75 and 100 local youth during a weekly basketball event in one of Gary’s toughest neighborhoods. These Moody alumni started Streetlights, a Chicago-based media ministry that engages urban youth and young adults with the gospel of Christ. The trio record, teach and proclaim God’s Word through print and various multimedia formats, including audio and video. One popular example are recordings of Bible verses set to hip-hop music. Eddie Copeland is church pastor and co-founder of Florida’s Church United, an organization that promotes cooperation and support among several churches in South Florida. He prays and meets with other pastors regularly to bring the Bible and needed resources to local communities. Church United is a great partner to Moody Radio, participating in Share and encouraging patrons to listen to WRMB in Florida. Jim Strietelmeier has been doing God’s work for 25 years on Indianapolis’s east side. He purchased an old church to shelter the homeless, started a food pantry, established a school to help local teens graduate, and runs a free student-run medical clinic. “We minister to the spiritual needs of the community, but also the physical needs,” said Strietelmeier.

The Bold Steps Radio Tour continues in 2020, with three more awards to present in Moody Radio markets around the country.